I came across this Queen of France while I was looking up medieval royal divorces, and this woman's story caught my attention. Queen Joan was not a woman to  agree to a divorce without a fight.
Joan was the daughter of King Louis XI, the sister of King Charles VIII and the wife of King Louis XII of France; she was a woman whose life was ruled by kings.

Joan and Louis had been married at a young age in 1476 on the orders of King Louis XI - Joan's father - after being betrothed since Joan was only eight days old for dynastic reasons.
It was rare for the women to put up a resistance to the divorce being implemented, only two others spring to mind; Catherine of Aragon and Ingeborg of Denmark, and these were due to the fact that they had outside, powerful support. Joan was a pious woman and although she would have objected to an annulment to end her marriage, it seems to be the manner in which her husband conducted the proceedings which offended her more.
Upon Louis XII's accession to the throne in 1498 he began annulment proceedings by petitioning the pope for a bull; the negotiation was "anything but honorable"(Guizot). Their marriage had so far been childless and Louis held little affection for his wife, but more importantly, he already had plans to marry his predecessor Charles VIII's widow. Anne of Brittany was an heiress whose Duchy of Brittany was greatly desired by the crown. This annulment however would not be quick or easy; it has been described as "one of the seamiest lawsuits of the age". The marriage between Louis and Joan had been made for political reasons by their elders, and his planned second marriage was also for these reasons; there was no strong affection expected or experienced in either marriage. Louis was not a kind husband to Joan, however despite this, she remained loyal to him and when Charles VIII wanted to execute Louis for organizing a rebellion against him it was Joan who fought for him and his life was spared.
Her husband King Louis XII was not implementing the usual grounds for divorce that were common at the time for papal annulments; consanguinity due to being so closely related or that he was below the age of consent (14). While he was able to provide witnesses and testimonies to these facts there was no official documents to verify theses claims; Louis' age at the time of the marriage was difficult to prove as no one was sure when he was actually born. It may be due to the failure of these claims that he used alternative arguments.
Louis made his claims for a dissolution of his marriage on the basis that his wife Joan was physically deformed, giving extensive details, and stating for this reason he was unable to consummate the marriage. Joan has since been described as "an excellent and worthy princess, but ugly, ungraceful, and hump-backed"(Guizot) by historians, however the description of being deformed in medieval times was often an exaggeration on the fact that a woman was plain and short. It is plausible that Joan was indeed suffering from a physical handicap as it is thought that "her father was unable to feel any affection for her because of her appearance and at one point even tried to kill her"(Butler).
Faced with these claims, Joan produced witnesses of her own who had heard Louis state on previous occasions that their marriage was indeed consummated; fellow men with whom he had boasted about his nightly activities. Louis then attempted to claim that he had been prevented from having sex with his wife, or the ability to father children, due to witchcraft performed by Joan; to which she responded that how did he know what it was like to try to have sex with her, if he claims to never have.
Due to the weakness of Louis' claims and the manner in which his own arguments cancelled each other out, it  seemed sure that Joan's case would win, and she would halt the annulment. However the Pope, Alexander VI the Borgian Pope, ruled against Joan and granted the annulment due to his own political reasons rather than the validity of Louis' case; "the pope granted his bull in consideration of the favors shown to his unworthy son, Caesar Borgia, by the king"(Guizot).

Joan may have been unsatisfied with the losing her argument and the annulment being granted in 1499, however she stepped aside, stating that she would pray for the king. Louis then married Anne of Brittany.
After the annulment Joan went to live in Bourges and devoted her life to religion and acts of charity, she also helped to establish a charitable foundation called the Annonciades of Bourges which educated young girls from the town. For the remainder of her life she was "regarded by the people as a saint, spoken of by bold preachers as a martyr, and still the true and legitimate Queen of France and treated at a distance with profound respect by the king who had put her away"(Guizot). On the day of the feast of the Pentecost in 1504, the nobility from the area came to pay homage to her, as tradition, in her position as duchess; there was a banquet and Joan wore the royal insignia, however she then went into the church and renounced her title and worldly possessions and became a nun.

Joan was a woman who had little control over her own life, as she was following a kings orders all her life, however despite this fact she argued with the proceedings of the annulment; she believed she was his true wife and loved him as such and also the claims Louis was making were damaging to her and her reputation, something which, admirably, she fiercely defended. Joan spent the rest of her life as she had done in all the years before, with modesty and a devotion to helping others.

Sources;
Francois Pierre Guillaume Guizot, A popular history of France from the Earliest times Vol 3, 2004
Alban Butler and Paul Burns, Butler's Lives of the saints Vol 2, 1998
Posted by Danielle Evelyn at 00:08 No comments:

I'm a second year history student at university and I love just about anything to do with history; I love the hidden stories of individuals who have been hidden from view by greater and more prominent historical figures. I like to find the 'forgotten' and smaller individuals and find out their story; how they lived, what they did and what made them special.
My favourite historical period is the Tudor era of England. I just love everything about this family; where they came from, what they achieved, how they behaved, and what they ended up creating. My obsession with them started when I was 14 and I was given the book 'The Constant Princess' by Philippa Gregory, by a friend of mine who had read it and thought I'd like it - biggest understatement of my life. I still have this book and it is still one of my favourites; it tells the story of a young Catherine of Aragon when she is sent to England to marry Prince Arthur Tudor and follows her life for the years after. There were so many things I loved about this book; primarily, the way that instead of just having this person written down in a family tree as the wife of a great man, her life was made entirely her own and she was given a voice - the journey she made from her home, how she felt, the small things that happened in her life which are often forgotten in the attempt to give the wider public an understanding of historical events. Secondly, the fact that this book was written by a woman and had given a fresh breath of life into this centuries dead woman was an inspiration to me; much of history is encased into large textbooks written by men with emotions omitted in order to present the facts. After reading this book my personal ambitions changed; up until this point I still maintained that I wanted to be a guitarist in a band, and while this did stay with me a while longer, the idea of being an author of historical fiction was one that really stuck in my head. The feeling that I had when I first read that book is without a doubt the reason why, six years later, I am still studying the Tudors and have no plan to stop doing so. 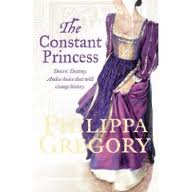 To me, the Tudor family seen to be one that rose to prominence with a lot of luck and chance as so many things were unplanned, not technically legitimate or questionable. It says a lot about the strength of Henry VII that when he claimed the throne he was able to hold it. In all theory concerning royal legitimacy, there is no way that it could have been foreseen that Henry Tudor would ever be on the throne of England. Henry Tudor was descended from royalty however this was not a close nor legitimate link; his grandmother was Queen Katherine of Valois whose possible secret marriage to Owen Tudor, that had produced Henry's father Edmund, was never confirmed or the children permitted to be legitimized as royal heirs. There was also the same predicament on Henry's mother's side as Margaret Beaufort was a descendant of John of Gaunt and Katherine Swynford; the children were born outside of marriage and were not legitimized until the couple finally wed later in life and even then the question still stood as to them having any claim to the throne of England. Henry Tudor was Welsh, not English, and was raised in France, not England, therefore he did not garner a support base in England as other possible heirs might have.
There is a lot of luck, it seems, that went into the result of Henry Tudor becoming king of England, and it this reason that makes me admire the Tudors as they were the unlikely heirs of a chance situation, something which becomes a pattern in their reigns.


Posted by Danielle Evelyn at 18:59 No comments: